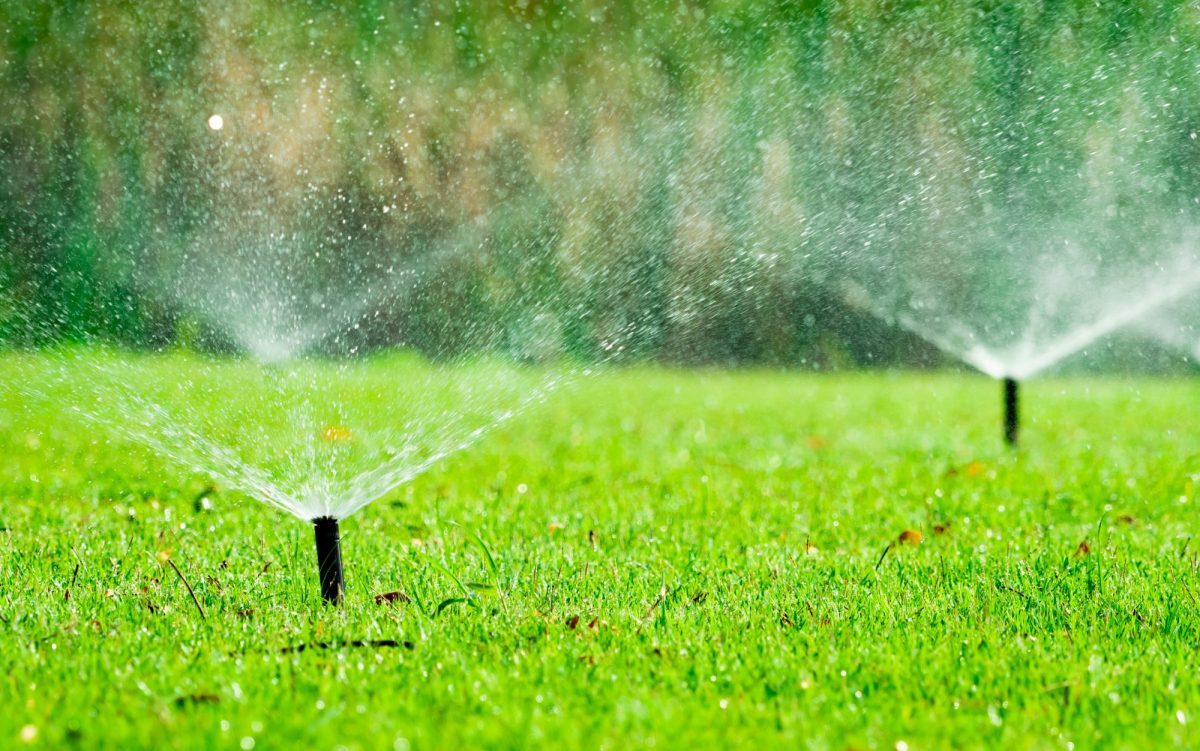 Rid the sprinkler system of water by manual draining.

Use an air compressor to remove the remaining water inside the sprinkler system.

You need to do this to remove the leftover water inside the system. However, caution must be exercised at using the air compressor since it might cause irreversible damage to the sprinkler system. Here’s how to do it:

Keep in mind a few things before doing this process. If you have an irrigation plan, check the respective output of each zones (in gallons per minute or GPM in short) then divide the values to 7.5 to see how much airflow in CFM you’ll need to blow out water without damaging the pipes in the zone. Or just use a 10 CFM (cubic feet per second) air compressor instead. Then set the air compressor’s pressure regulator to a maximum of 50 psi for the flexible black polyethylene pipe or 80 psi for rigid PVC pipe.